A new podcast touched off a bit of nostalgia for me this week. Kin Kinsley and Jason Martin debuted We Love the 80s Cards show on Youtube this week and among the topics discussed was the pair’s top three sets of the 1980’s. This inspired me to rip open a 1989 Topps pack on my daily Youtube show, Hobby Evolution.

Over the summer I decided to purge my collection of junk wax packs and began selling them two for a dollar at the Madison Card Show and the Northern Illinois Card Show in Rockford. The packs were a hit. Before I sold them all, I pulled a few random packs to save for a rainy day. One them was a 1989 Topps pack because it’s the set that began my love for Chicago Cubs baseball cards.

Not having much to talk about on the October 29, 2021 edition of Hobby Evolution I decided to rip open a pack of 1989 Topps baseball cards. It provided more nostalgia than I had anticipated. As I went through the cards one by one it dawned on me that the contents of this pack would have been a great return on investment in the summer of 1989. There are stacks of Beckett magazines and Baseball Card Magazine price guides in my storage room. Maybe I should dig one from 1989 and price out my pack.

My Beckett Baseball Card Monthly collection is rather sparse, but I did find an issue from November 1989. Typically, especially in the late 1980’s, the prices were at least a month or two old so that still puts the 1989 Topps prices in season.

With so few sets in 1989, Beckett was able to provide individual pricing for much of the sets. You’ll see names such as Dave Eiland, Terry Blocker, Sherman Corbett, and Doug Dascenzo under the 1989 Topps prices. Many names (common cards) are not listed, so we will have to go with the “common player” pricing of a nickel in the November 1989 Beckett. That is where we will start. 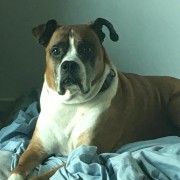